Learning more about wildlife as a photographer and naturalist has always been deeply intriguing to me. Digging through natural history guides and scientific biology books definitely has grown my knowledge base but the data can make it seem that all the mammals in a given species are alike. Spending long periods of time observing animals as a citizen scientist systematically scanning with binoculars can reveal so much more about individual and unique behavior.

This also raises questions of what animals might be doing when they are not under the watchful human eye. Many studies are now making increased use of camera traps to prove the existence of rare animals within an ecosystems. Hunters are now purchasing hundreds of trail cameras to check out areas for big bulls and bucks to prepare for the season ahead. The technology has advanced in trigger sensors and image quality to enable these self contained waterproof camera boxes to become quite affordable. 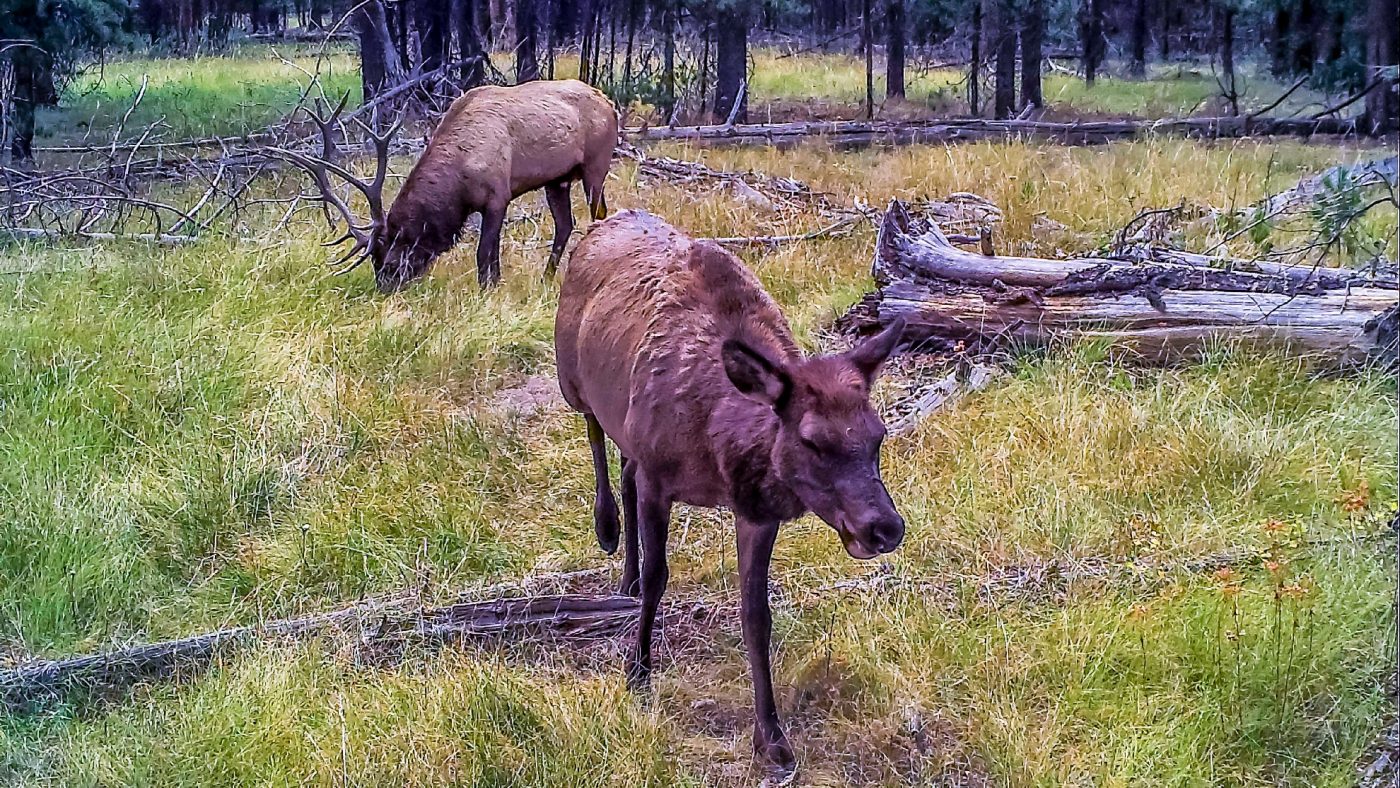 Seven years ago I bought my first trail camera. It was an 8 MP Bushnell. I found, online, a test comparison of seven cameras by a sporting goods outlet chain that helped me select my purchase. There was spectrum cameras from lower to high resolutions but they were really only as good as the triggering and response time of their built-in infrared sensor. As a professional photographer I was not happy with the image color quality from the camera but it was truly fun to capture wildlife.

The challenge was where to place the camera. The list is long about then damage inflicted to wildlife agency cameras to monitor field studies or new construction like wildlife underpasses. I chose to place a camera in out-of-the-way remote locations where I found animal game trails or scat deposits and took my chances with it being tampered with. I found I liked the exercise of discovering the wanderings of deer, elk, coyotes, bobcats, raccoons, foxes, and an occasional black bear. It reminded me of looking at my developed slides for the first time when I pulled up images from the trail cameras SD card. Plenty of butt and head shots but occasionally a really nice capture. 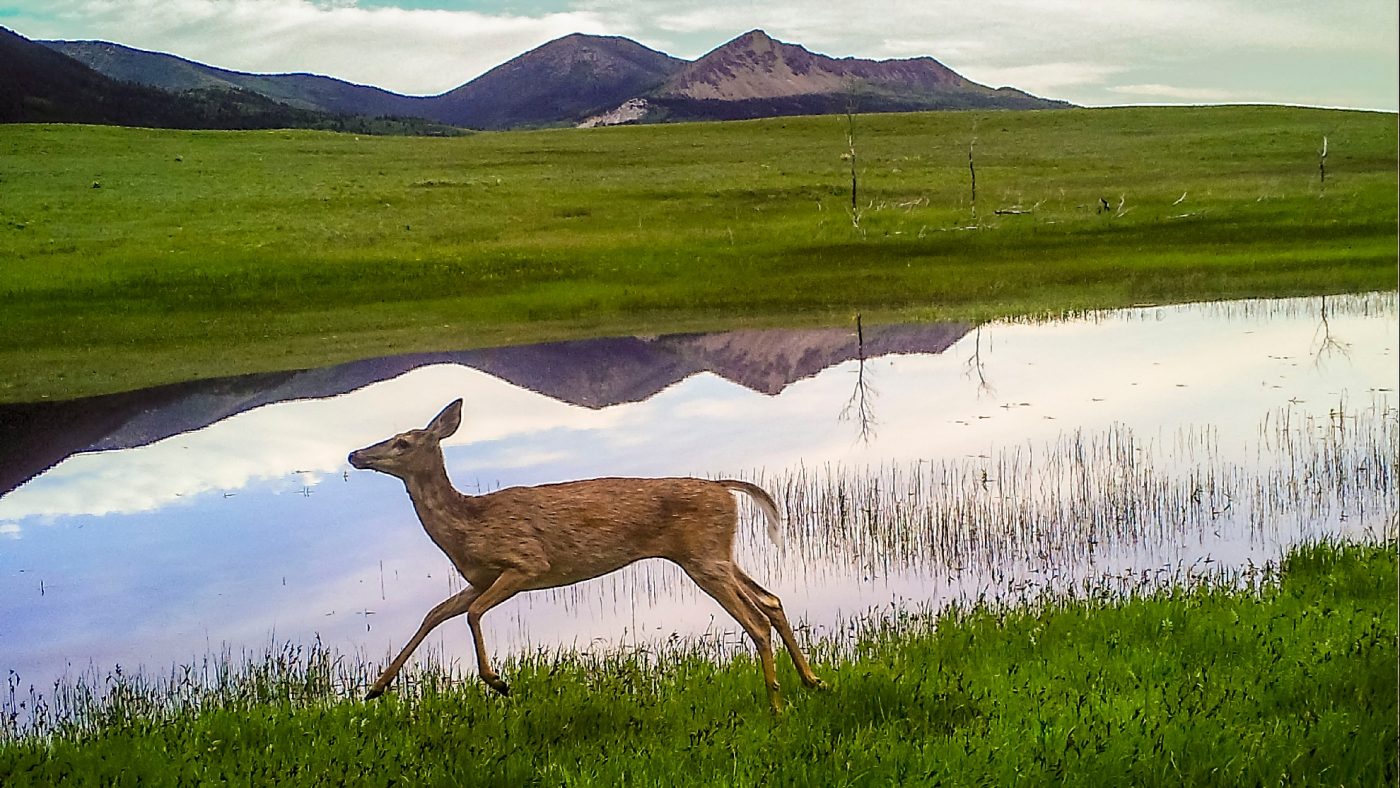 I began purchasing more of these cameras but with higher resolution and better true image quality. I took them on trips and in addition to wildlife signs I chose better backgrounds to enhance the image. It was a bit like painting the picture I wanted to compose.

The trail cameras flash setup at night produces a black and white image. I became interested in putting together my own camera trap using a Canon 7D DSLR mounted in pelican case, a Camtraptions PIR trigger, and speedlite flash . As a retired engineer I had fun fabricating the mountings, waterproof case’s lens opening, the flash casing, and all the connecting cables.

There were plenty of difficulties keeping lithium batteries charged in the camera, flash, and PIR sensor. These components weighed over ten pounds, were far bulkier than the commercial trail cameras, and far more trouble. But I wanted a higher quality image and kept busy trying and learning.

Success came on a winter trip to Death Valley. I had been there several times before and under the allure of the Kit foxes that roam near the campground and sand dunes at night. They are like ghosts in the moonlight scurrying around. I found tracks and a corridor they had frequented. I set up my camera box on a rod pounded into the sand and waited till morning. It was the most amazing thing to see a couple frames of these allusive foxes caught in color. It had worked and I was thrilled beyond belief.

I have continued to purchase an array of trail cameras and have even built a second camera trap utilizing an old Canon 40D body. I have a Bushnell 14 MP and two 20 MP that I employ. I was encouraged by the improved image quality and speed at capture. Visiting Yellowstone this Spring I set up several trail cameras amongst an aspen grove with small ponds of snow-melt water.

I could hardly believe my eyes when I returned and looked at the memory cards. The mule deer and elk that came here over four days had been truly enjoying themselves. The exuberance and joy they were expressing playing at this pond was quite amazing. Frame after frame they danced around the pond and pawed the waters creating colossal splashes prancing in the shallow water. They seemed to performing for the camera or showing off for others waiting their turn to do the same. I have never witnessed the activity before surely could not have captured it any better if I had been there myself. I had no idea how perfect the location and placement of the camera would turn out to be. 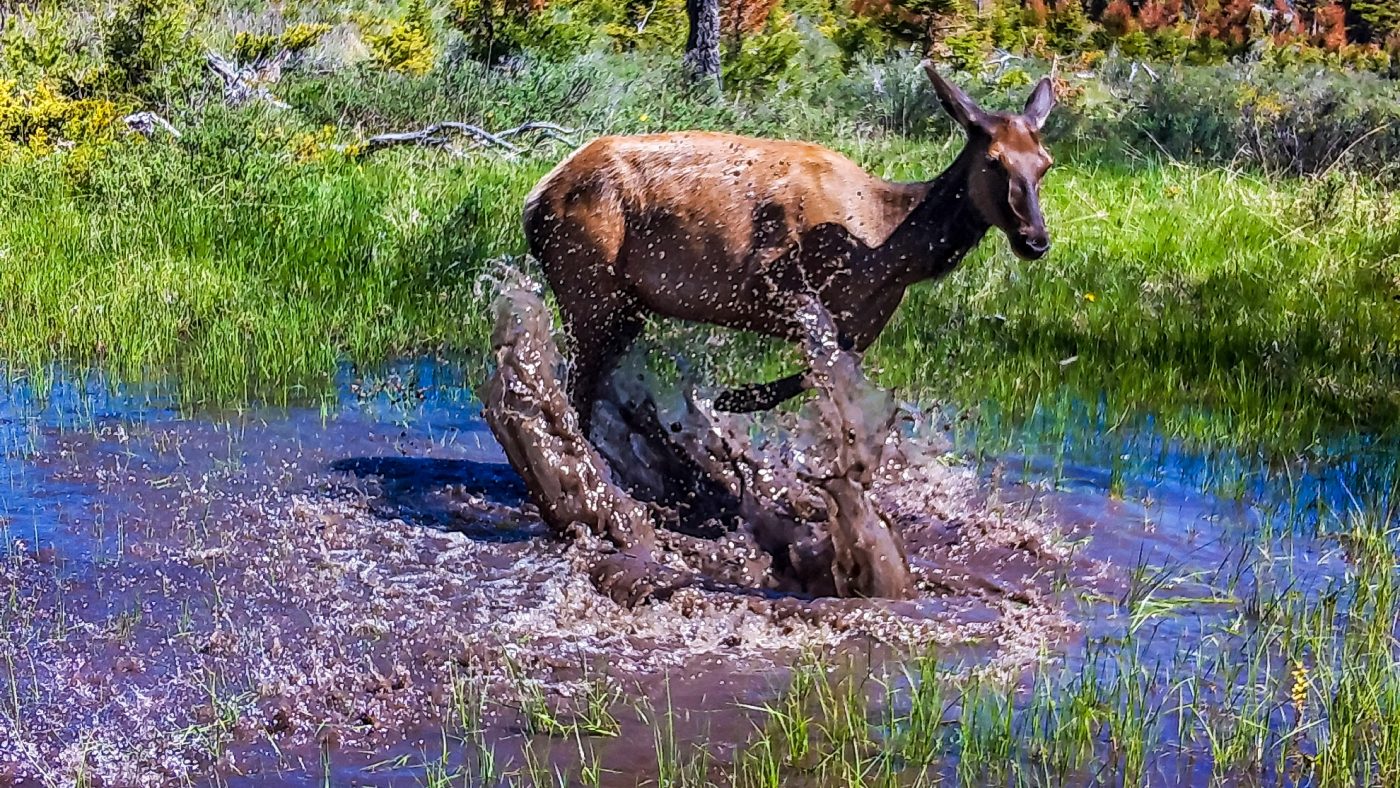 I am now very enthralled and encouraged to find new locations that might reveal extraordinary wildlife behavior. It is worth all the extra planning and hiking it takes to find out more of what the natural world is doing beyond the presence of humans.